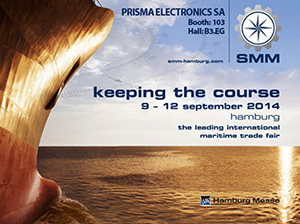 KSB participated in the international maritime technology SMM trade fair celebrated in September. KSB exhibited its on board application pumps in different types of ships and offshore platforms.

Comercial Naval Canaria visited the stand with a range of pumps such as the ILN serie, MULTITEC serie, sludge pumps used in cutter suction dredger ships ensuring free navigation and other pumps for marine environments like the ones offered for the naval sector.

Equally, the submserible UPA serie is being used more in wind energy stations and offshore converters due to its space using efficient design. It is robust and allows long periods of operation and it can also be used in fire fighting systems, pressure regulation, washing systems and seawater extraction.

These general conditions will be valid for all operations arranged with COMERCIAL NAVAL CANARIA, S.L. and regulate the contracts for the sale of the Products or part of them.